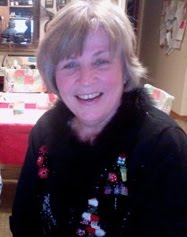 At the Zentangle® seminar in Providence Rick talked a few times about the Fibonacci sequence, the Golden Curve, all of those things associated with Fibonacci (he was really Leonardo of Pisa).  For a year now I have been fascinated by the work the Fibonacci did. You can find so much about it on the internet and wonderful pictures of the Golden Curve in nature, in science, in art, and even in music.

For a bit of time now I have been trying to connect Fibonacci with Zentangles.  I had the idea to design a pattern with the golden curve but decided this would not be a good thing for a tangle.  The Fibonacci curve is too calculated and in tangling most things are free hand.  However, I did two things, actually three things.  Number one, I design a golden curve on the computer and printed it up onto 3 and 1/2 in squares and then tangled it.  Number two . . . I used calculations on the computer to design square that would replicate the golden curve, tangled on each of those squares and then pasted them on a background in the shape of the golden curve.

Here are the Fibonacci tiles. 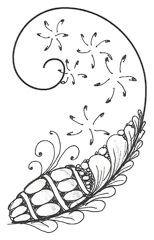 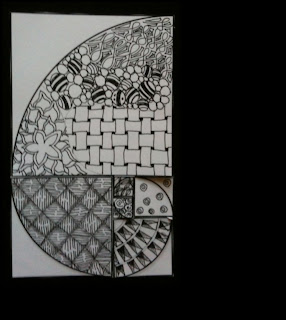 The Zentangle® art form and method was created by Rick Roberts and Maria Thomas and is copyrighted. Zentangle® is a registered trademark of Zentangle, Inc. Learn more at zentangle.com.

Joyce Block CZT
I am a retired technology teacher. Upon my retirement I decided to learn one thing new each year. Things like learning a new language, skydiving, developing my artist side, etc. I began teaching Zentangle® two years ago along with Don McCollum CZT. We enjoy sharing this meditative art with many people at Artist and Display in Milwaukee, in churches, homes, schools, retirements centers, and other venues.

I am a Certified Zentangle Teacher

I was certified in Providence RI in October of 2011.